Just got in from a weekend in the boonies. Not much going on except Amos and Hannah were down for a day so I got to visit with them for awhile which is always a pleasure. Ziggy got to see his hero so he was happy as well.

I had been given a couple of those blue five gallon water bottles you see on coolers in every waiting room in the world. I was all happy because I carry all my cooking and wash water out from town. The first trip out one of the bottles was fine but the other had cracked on

the bottom. Water, being  what it is had made a break for it and I spent some time staring at an empty water bottle.

Figuring that it would eventually be useful I let the bottle hang around outside the shack for a few weeks. I finally decided that it wasn’t ever going to find a job on its own. So I broke out the tin snips and went to work.

of filter material then several inches of pea gravel. Then it was installed as a funnel on my rain barrel which has been patiently waiting on a gutter for over a

year. As scared of heights as I am it may just wait several more years before I get drunk enough to put a gutter in.

So Sunday morning I bid farewell to Amos and Hannah then set about loading up so I could head out for the wilderness of civilization. After a few hours I was loaded, had the boy installed as co pilot and jumped in the truck. It wouldn’t start. Batteries (yes, it has two) were dead. “Not to worry!” says I, “I’ll start the generator, charge the truck, then VROOM, VROOM be on my way.”

The generator wouldn’t start. “Oh shux!” Or something to that effect. Oh, did I mention that I had forgot my cell phone charger and my phone was dead?

Thankfully, it was a bright sunny day so I was able to charge the truck from my solar cells. A couple of hours later I was on my way to town.

Getting to town I had just settled in then started to fire up the old lap top. Noticing that something looked odd I realized that I had left the charger in the swamp. 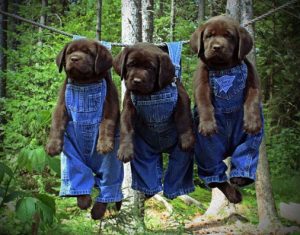 Oh well, it’ll all come out in the wash.

4 thoughts on “A Fifteen Minute Hack (One Mans Garbage)”