For anyone following BTW weather, it’s been very wet. Last night we had three hours of heavy rain with three hours of steady rain as a night cap. Over the last ten days we’ve had at least a heavy shower daily with the exception of a couple of days. Needless to say, it is wet out here.

Today started off like most others out here, something broke and I had no replacement. In this case it was my mouse which ranks right on up there with catastrophes such as running out of dog treats. As soon as I discovered this earth shaking situation, I immediately swung into action and spent an hour trying to talk myself into not going to town. Then I remembered I really was out of treats so I knew that in order to ensure domestic tranquility as well as keep all my fingers and toes, I would have to venture out.

Going to town always puts me in a sour mood. Since I was already in a sour mood I was in the mood for some hard core road rage. Heck, the last time I was in town I saw at least 10 cars and I thoroughly despise heavy traffic. Fortunately there’s not much traffic in Madison on a Saturday.

Max road is in very good shape. A few wet spots easily avoided. County Line is good. There are four spots where water is flowing over the road but 4wd and idle through with no problem. Camp P has a couple of soft spots which you will need 4wd to avoid bogging down. The canal along side the road between Tower and Kelly is over the road in three spots. There’s hard bottom in them so again, 4wd and slow cruise. Tower is good to the gate with a couple of spots being one lane since the water is so high.

With all the rain and water that is backed up out here, it’s surprising that the roads are good as they are. We had an incredibly wet year last year but it wasn’t near as compressed as this year. There’s no doubt that the road repair efforts of this last year have been well worth it.

In other news, it’s now Wednesday. I’ve been having some bad signal days and only able to connect to the internet on rare occasion. With a storm passing today isn’t looking all that great either. 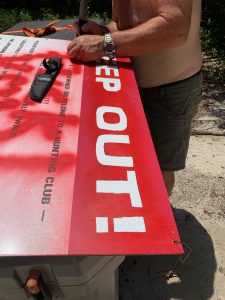 McGuyver was up Saturday for a few hours. He worked on the previously defaced signs. He and Mrs. McGuyver had worked on the cattle gate sign the week before. Everyone keep an eye out for further vandalism. 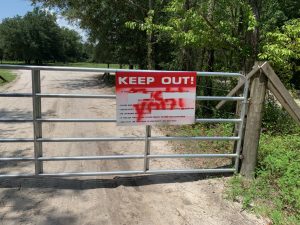 Now it’s Thursday morning. I lost signal last night. Hopefully I can get this posted.

No barnyard animals, alligators, pond scum or socialists were harmed in the production of this post. Void where prohibited by law. CAUTION: Choking hazard. Children under 26 should not use without adult supervision. 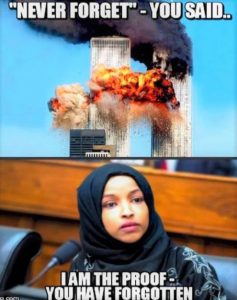